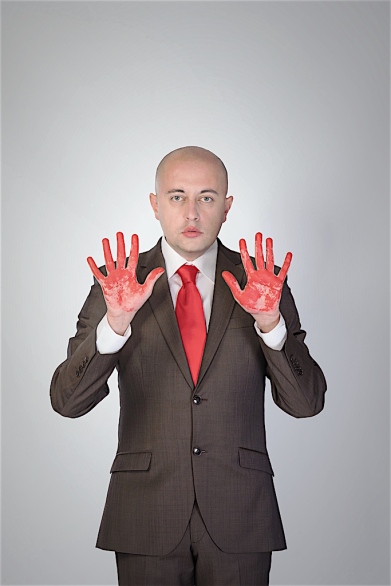 In the summer of 2015 I started organizing a conference that would involve both research talks and performances. I wanted to have a performance that would take place in the context of the presentation of papers, one that would disrupt the rhythm of the lectures. I immediately thought of Branko Miliskovic’s work. I knew when I invited Branko that as a Serbian passport holder, he would need a visa to the UK. I decided that I didn’t want to make an artistic decision based on nationality or bureaucratic procedures. That said, in inviting Branko, I was also aware that I was putting him in a situation that would be very trying for him—because although I could provide some help and support for his visa application, the burden was entirely on him to collect and submit the papers, to surrender his passport, and to wait for the decision as to whether his application deemed him worthy to enter and perform in the UK.

From the time that I invited Branko, on June 10, 2015, until the day that he received his visa on September 9, 2015, around one hundred emails were exchanged, regarding Branko’s visa. No art was discussed during this time. There was no discussion about the content of his speech, the logistics of his performance, how it would fit into the programme—nothing. It was not simply that we put off planning the performance until it was confirmed that he could come to the UK, but that there was simply no mental space or energy for either of us to do so. As the process went on, I felt worse and worse about putting Branko in that situation, as it was clearly very stressful for him, but wondered what choice I had: either I didn’t invite an artist that I thought was very talented and would make a valuable contribution to the conference simply based on the passport he held, or, I would undertake this task, knowing that it would put the artist under pressure.

In the end, we were successful, and from my view while I was glad we both took the risk, of course the process could, and should, have been easier and less stressful. But, because we are in the arts, we decided to use our power of expression to bring these issues into the public sphere in a different way.

Part of the text written by Amy Bryzgel